In the mid-1960s, SNCF’s “research department” concentrated on a major breakthrough technology… the high-speed train.
Forty years after the first Paris-Lyon at 220 km/h, the “all-TGV policy” is cited as an explanation for the escheat of the French secondary network. As a symbol, it is within the direction “Tech4mobility” of the SNCF that a project of revitalization of the small lines was born. In the form of very moderate speed and yet “high-tech” trains.

Usually, the national company provides specifications to the railway manufacturers. “This time, we took over the design of the equipment and the coordination”, claims David Borot, director of innovation programs for SNCF and the Tech4mobility lab.

His team is moving forward without taboos: one of his projects is to transform a disused railway line into a paved and connected road, which can accommodate autonomous public transport.
Launched on the subject since 2018, the railway inventors at the same time proposed three strictly railway solutions: the Innovative Light Train (TLI), the Draisy and the Flexy.
Three projects, because “there are different types of small lines, more or less connected to the main network”, notes David Borot. The TLI and the Draisy are the winners of the call for expressions of interest from Ademe, the ecological transition agency: “Digitalization and decarbonization of rail transport”.

The three prototypes developed by SNCF could be put into service between 2025 and 2030.

“Our initial idea was to put a bus on rails. Which led us to work with the automotive industry. It breaks the long cycles of the railway industry. We have adapted sensors for autonomous driving, which are already found in cars at an advanced stage.

But the three SNCF prototypes will keep a driver, at least initially. “We opted for frugal, simple, robust and inexpensive solutions. We did not want to wait for the framework of autonomous rail driving to be laid down and for the cost of the technology to drop”, assumes the director of the lab. 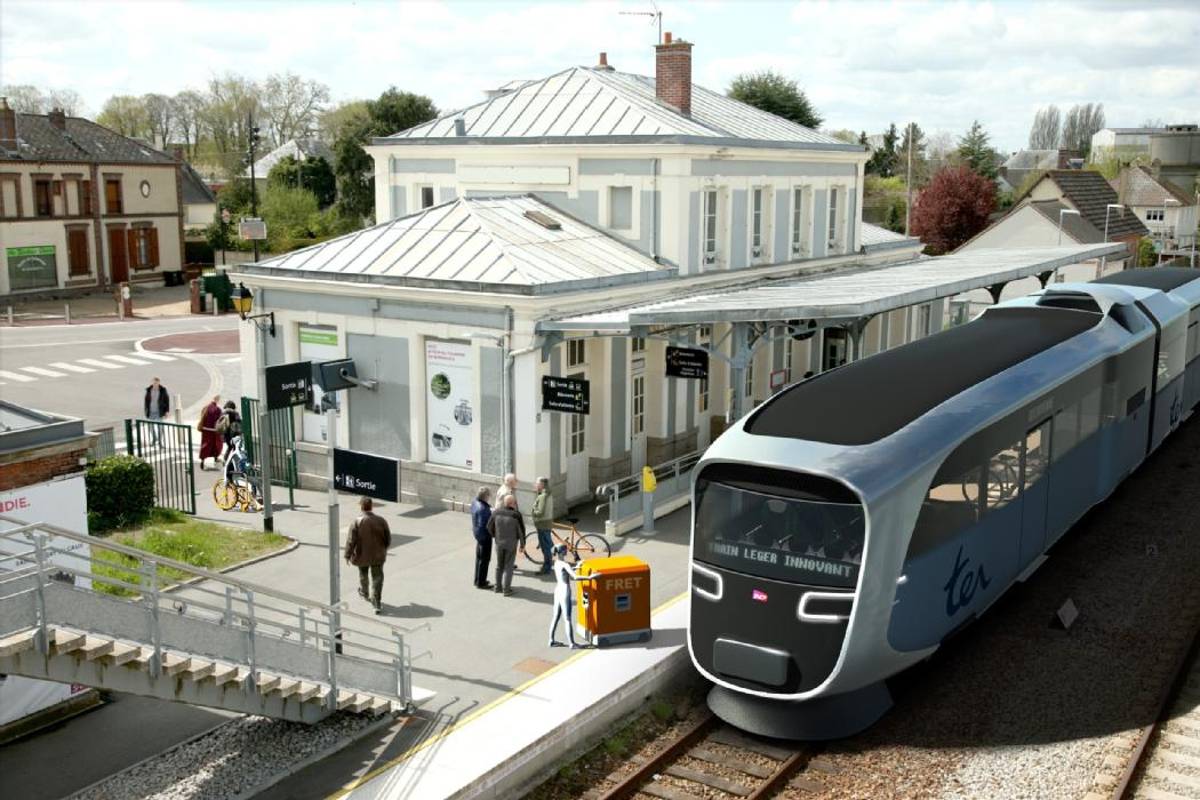 It is a lighter railcar than a current diesel TER, which runs on electric batteries. Less expensive to buy and operate, especially with its “on-board” technology which reduces the need for signaling and enables “infrastructure monitoring”. The TLI remains “interoperable” and can circulate on the entire SNCF network. It would offer the regions operating savings of 30%. 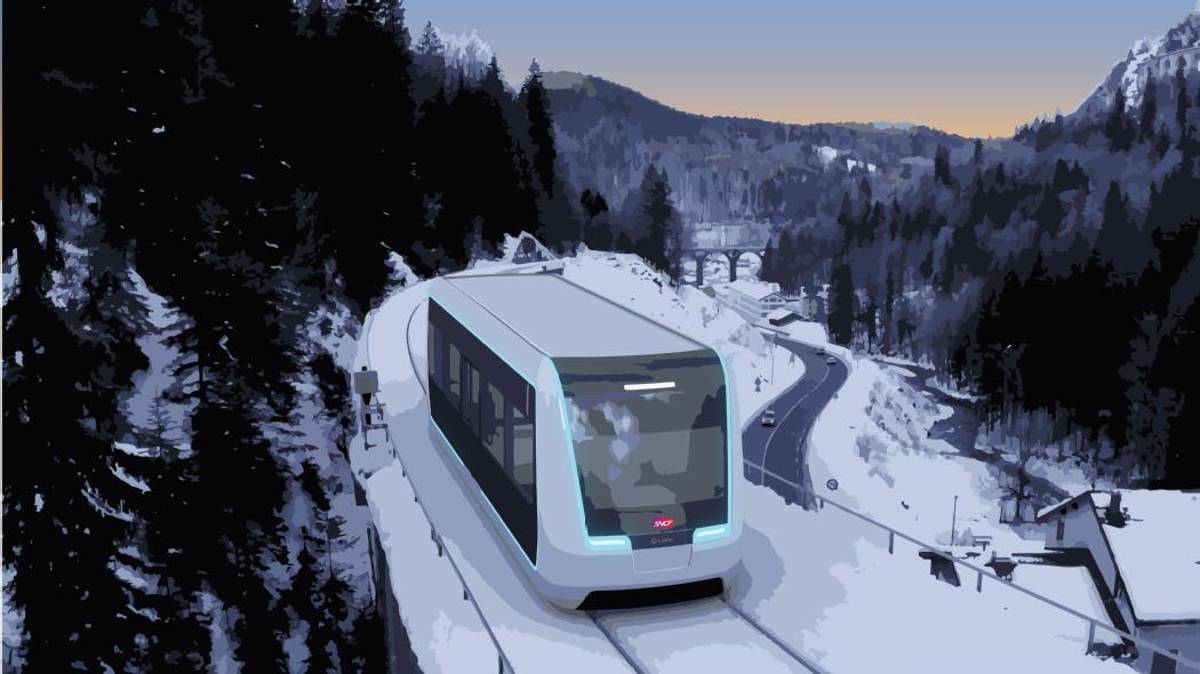 For David Borot, it can be described as a “tramway” dedicated to rural areas. Ultralight, five times cheaper than a current TER railcar, the Draisy “can accommodate 30 seated passengers, 80 in total”. He could no longer venture across the entire network. This allows it to be “reduced” from interoperability standards.
Emblematic revolution: no more level crossings. “There will be traffic lights, but they will be driven on sight, like the tram in town”, describes David Borot. Lightness requires, the infrastructure would be much less stressed: the operating cost would be halved. 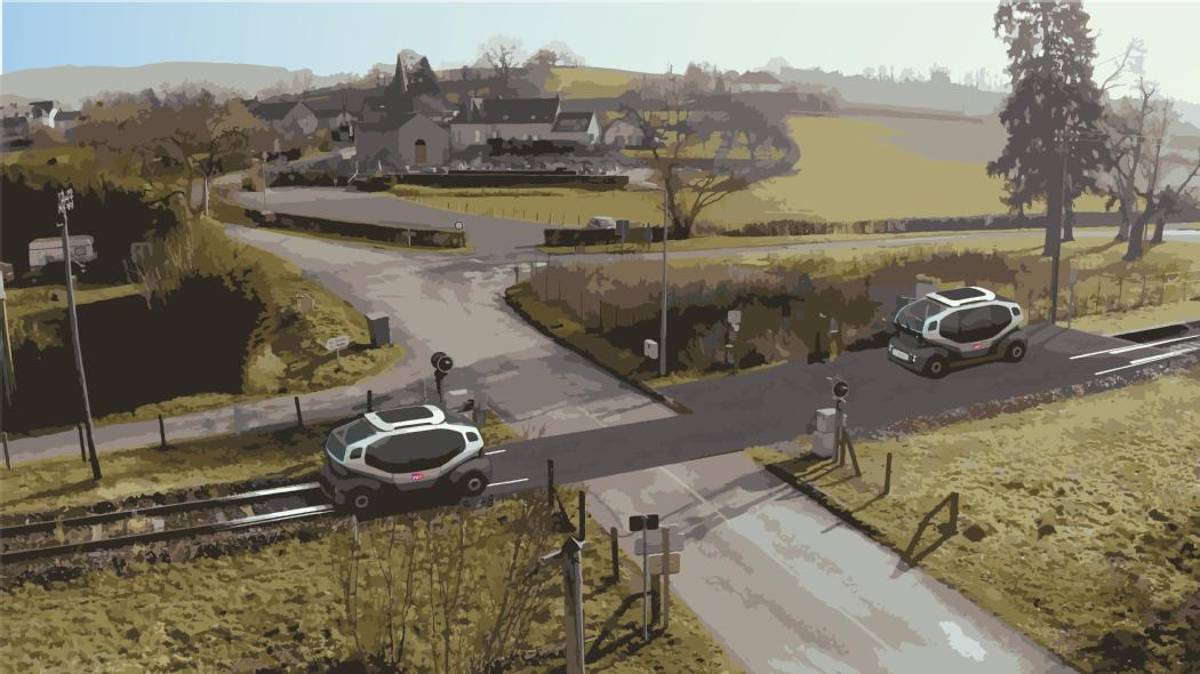 Not yet selected by Ademe, this “hybrid” vehicle is a kind of minibus that can travel both on rail… and on the road (Michelin is also a partner in the project).

14 seats, a possibility of being driven by a “non-professional” and transporting travelers to their homes. David Borot defines the Flexy as an “inclusive” means of transport, which would be likely to cause “the reopening of small lines which are no longer in circulation”. And when the railway crosses a road? “It will be a crossroads like any other with a give way”.
Cruising speed: 60 km/h. Not hair-raising, but the railway, always well profiled and without slowdowns, offers much better travel times and more comfort than country roads.

“I agree with light trains, but you still need well-maintained tracks! says Renaud Lagrave, vice-president of mobility for the Nouvelle-Aquitaine region. The elected official denounces the postponement of infrastructure funding to the regions: “Today, the number one subject for the transport authorities is the abandonment of the network, which is confirmed. For 10 years, we have been told, either you pay or we close. 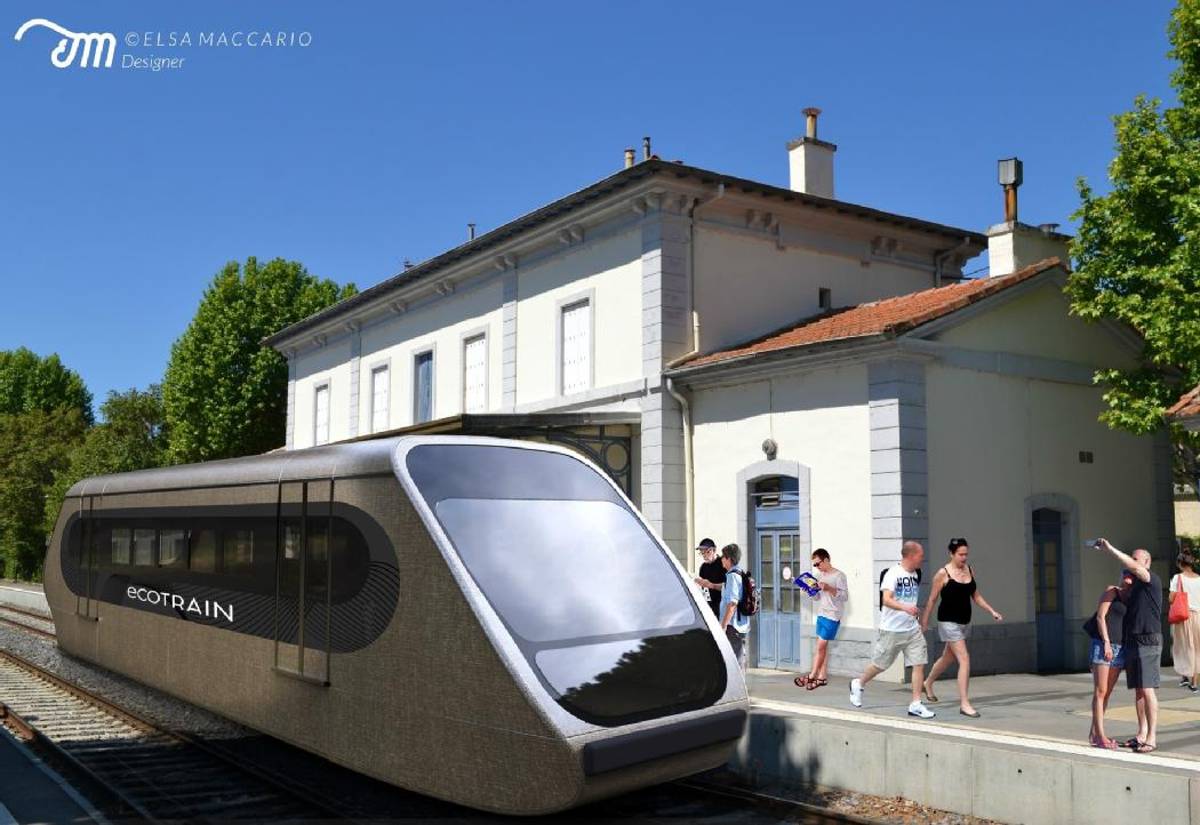 Philippe Bourguignon, independent designer, must present his autonomous shuttle called Ecotrain in the Tarn at the end of August. In Occitania, a line opening project is supported by the region and accompanied by the Ecole des Mines d’Albi, with the objective of commissioning in 2025.
The Ecotrain is one (like two SNCF projects) of the five winners of Ademe’s “carbon-free railway” call for projects and benefits from an envelope of 8 million euros for its development.

A former engineer and executive of EDF and then of Engie, Philippe Bourguignon was not content with designing a light railcar and assembling several technologies.

The Ecotrain shuttle is designed in the spirit of a “high level of service”, that is to say: “one trip every half hour from 6 am to 11 pm, seven days a week, with 30 places seated and no standing, comfort is important”, asserts its designer. A driverless shuttle? “The technology is perfectly mastered, metros have been automated for forty years,” recalls Philippe Bourguignon.

La Creuse thinks about it

The Ecotrain will run with “three Tesla-type batteries”, which “will be optimized to increase their life cycles”. A rail shuttle “consumes six times less energy than a bus, there is less friction”, insists the designer.
Part of the energy will be provided by photovoltaic panels installed in the stations. Station-home route, booking method suitable for all generations, autonomous microfreight wagon: everything has been thought out to make this mode of transport efficient and attractive. 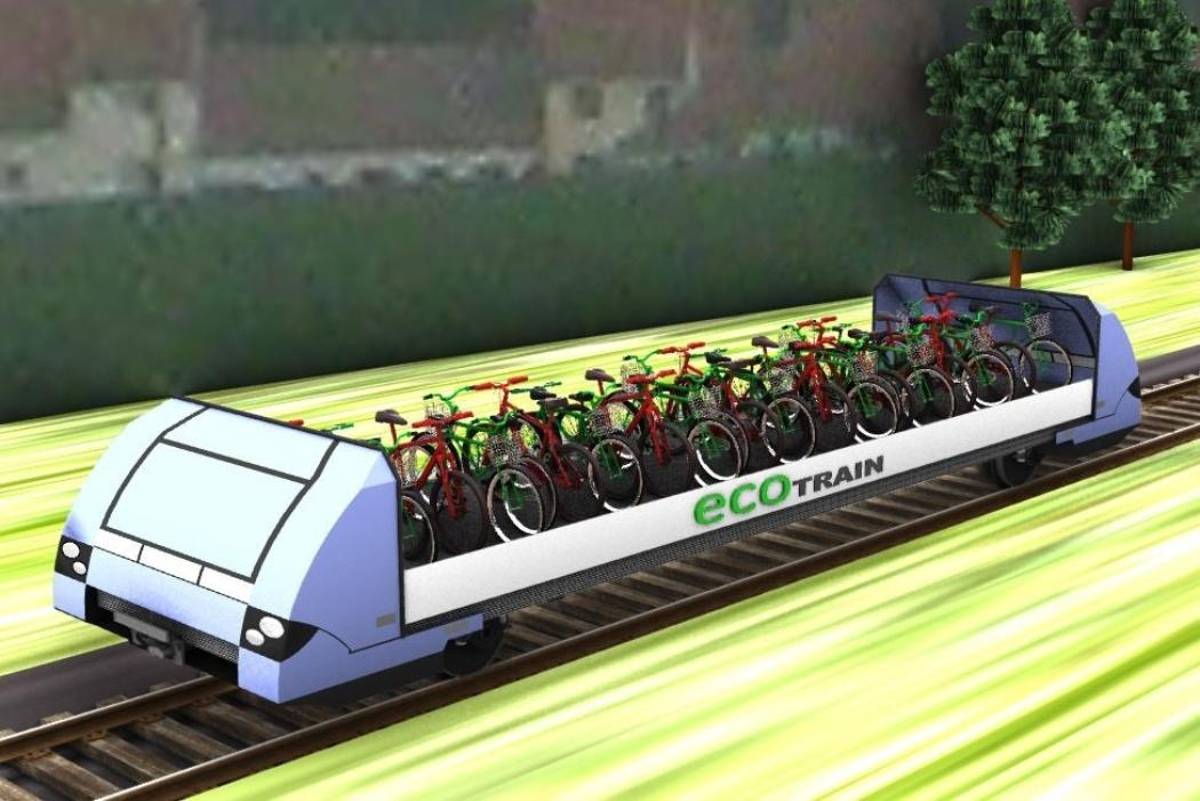 Philippe Bourguignon is testing his solution with a team that is carrying out a study on “reviving small lines” commissioned by the DDT de la Creuse.
Two sections are examined: Busseau-sur-Creuse-Felletin, where one TER currently runs per day (there and back) and Bourganeuf-Vieilleville, a route closed to passenger service… since 1939.

The crazy figures for European tech in 2021 put French Tech...