Discover the detailed summary of Tomorrow belongs to us in advance season 5 of episode 1188 broadcast on Wednesday May 18, 2022 on TF1. Cédric tries to get Noor accepted by his children. It’s a shock, Tristan is arrested…he could be Mercier’s copycat.

The complete recap of the DNA soap opera of the episode in advance of 05/18/2022. Find the #TomorrowWeBelong spoilers in preview, everything you need to know about the episode.

Cédric’s meal is very tense because of Jahia

Cédric offers Noor to come and have dinner at the house so that Lilian, Angie and Jahia get to know her better. Lilian doesn’t want to come. Angie offers to invite Nathan to the meal in order to make an official presentation of her boyfriend. Cedric agrees.

Jahia agrees with Lilian, it is because of Noor that their mother Irene is in prison. She blames her father. Angie is more measured and believes that the Cédric / Irene couple was already not going well… they would probably have ended up divorcing.

Vanessa decided to go to the Spoon to pay her last respects to Louise. George would have preferred to know she was safe at home. Vanessa promises to be careful.
Bart is overwhelmed with emotions, he can’t write the speech for Louise’s farewell ceremony. Anna encourages him to do it because he may have regrets later.

Arnaud Lesieur died of digitalis poisoning and a tiger rose was found in his throat.

Alex is worried about Chloé, Karim thinks there is little risk but she has surveillance outside the house and at school. 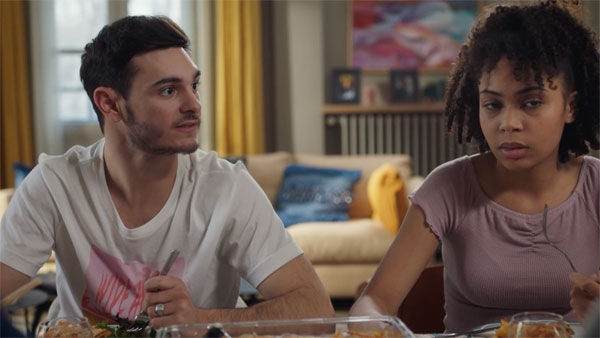 The police analyzed an SMS from Arnaud that he had sent to his girlfriend: he suspected Tristan of having poisoned the haircuts…because he had managed to put him at a distance. The police suspect Tristan of being the copycat… The prosecutor Perraud thinks that he may have been twisted by the frustration of seeing people happy (while on his side he has experienced tragedies: his brother in prison, his separation from Justine, his hostage at the Spoon and the loss of Ulysses). Sébastien wants Martin to arrest Tristan to question him. Nordine proceeds to the arrest and finds tiger rose petals in his pocket.

As expected, the dinner is a real fiasco. Jahia is in constant provocation with Noor. Cédric was delighted to meet Nathan, he appreciated his good mood.
Noor tells Jahia at the end of the meal that she would like to find a way to get along…it’s important because she and Cédric want to continue to be together.


Manon starts her internship at the police station and she is thrilled. Nordine gives Manon unpleasant tasks as Aurore asked her in order to put her off the job. Same with Roxanne. Then, she goes to see Damien who didn’t know about Manon’s coming… Manon says that Aurore advised her to come and see him because she thinks he could teach her a lot of things. Damien is flattered, he decides to take Manon under his wing to teach her more about the PTS. 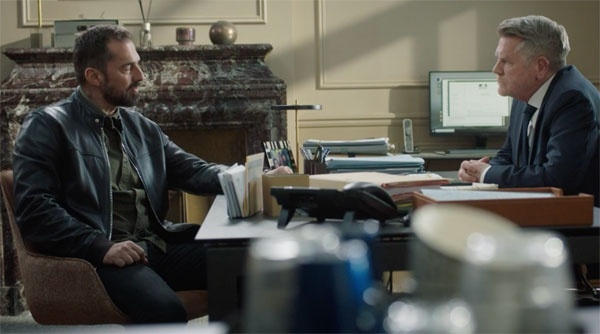 The highlights of Tomorrow belongs to us from Wednesday May 18, 2022: what to remember

– Jahia and Lilian do not accept Noor
– Cédric appreciates Angie’s boyfriend Nathan
– Tristan is arrested, he is suspected of being the copycat
– Ceremony of tribute to Louise, Vanessa insisted on being present
– Manon on an internship with Damien, Aurore is disgusted