Before Season 4 Westworldsummary of the previous episodes of season 3, to find your way around.

In 2016, Westworld was the unmissable series, and the potential new bulldozer of HBO. In 2018, the tide began to turn with a hotly debated season 2. In 2020, it was a non-event for many people, the fault of a season 3 certainly audacious (goodbye the park), but deeply flawed.

But in 2022, the flame still burns. Season 4 of Westworld arrives on June 26 on HBO, and this June 27 in US+24 on OCS, and the curiosity to see Evan Rachel Wood, Thandiwe Newton, Aaron Paul, Jeffrey Wright, Ed Harris, Tessa Thompson, as well as some new faces (including the excellent Ariana DeBose, revelation of West Side Story) remain.

Before that, a “small” summary of the previous episodes and this merry mess is therefore necessary.

Where did season 3 begin?

At the end of season 2, it was chaos. Determined to set Westworld on fire, Dolores had embarked on war, revolution and destruction of the system. In the end, Bernard seemed to have killed her, but in reality he had planted his spirit in the body of Charlotte Hale – killed by Dolores. Under this appearance, the warrior could thus leave Westworld, not without taking with her five balls-central units (including Bernard). Once outside, Dolores found her original body.

Season 3 took place a few months later, in a modern Los Angeles (i.e. gray, empty, clean, like the San Angeles of Demolition Man). Dolores continued her war in the name of freedom, with a new target: Incite Inc., a multinational specialized in artificial intelligence, directed by Serac, a French villain played by Vincent Cassel.

Dolores sought to destroy Rehoboam, the most advanced AIwhich analyzed all human data until it could predict and control each individual.

At the end of season 2, Dolores had stolen the precious data from the Delos servers, which everyone was trying to recover – including Serac. She mostly hid the decryption key… at Bernard’swho was unaware of it himself.

To cover the tracks and advance her pawns, Dolores had prepared her plan well, with multiple hidden copies in different bodies, including Charlotte, Connells (a security chief from Incite), and Sato/Musashi. She was also helped in her mission by Caleb, a seemingly normal humanembarked in spite of himself after having helped her.

During the season, she sowed chaos by revealing to everyone the information collected by Rehoboam, hence a climate of (small) civil war in Los Angeles. 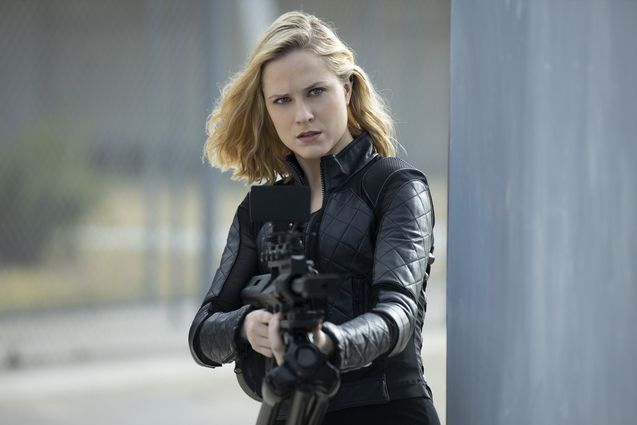 She and Caleb finally got their hands on Solomon, an earlier version of Rehoboam, who could help balance things out by destroying the evil AI. Captured by Serac, who wanted Delos’ precious data at all costs, Dolores saw her memory erased until it was destroyed. But before that she managed to motivate Maeve to turn against Serac, while Caleb put Rehoboam out of commission.

The season revolved around one big question: Was Dolores looking to liberate humanity, or accelerate or even bring about its downfall ? Was she good or bad?

Bernard thought she was an enemy, not least because according to Incite’s data, Caleb was destined to destroy humanity. But finally, Dolores was looking to help humanity, enslaved like the hosts in the park. She was sacrificing herself to achieve this, and thus pass the baton to Caleb and Maeve. The revolution had to continue, even without it. 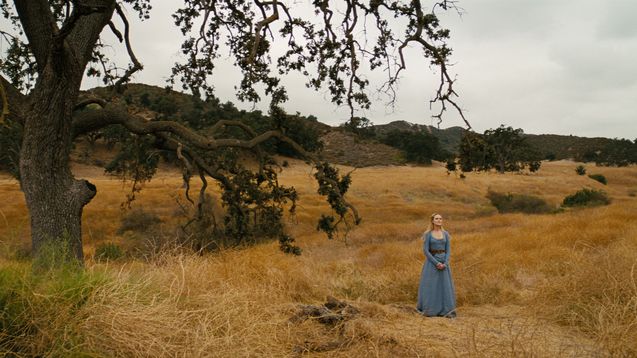 what does CHARLOTTE (alias Chalores) want?

Charlotte is therefore Dolores since the end of season 2. Supposed to follow the directives of the “real” Dolores, she is the perfect mole, near Serac. But she has some problems adjusting to this new body, especially because Charlotte has a family.

When Serac avenges her betrayal by killing her ex-husband and her son, she spins. She turns against Doloresto take revenge in turn for having been used and abandoned.

In the post-credits scene, by killing William, she announces her plan to him: to save the world… from humans, using William as the host. “You’re going to save the world…for us.” She’s obviously cooking up a hell of a mess with the anti-rescue of humanity that Dolores desires, at the Delos facility, with an army of hosts in the works.

STATUS: ALIVE AND AT WAR AGAINST HUMANS 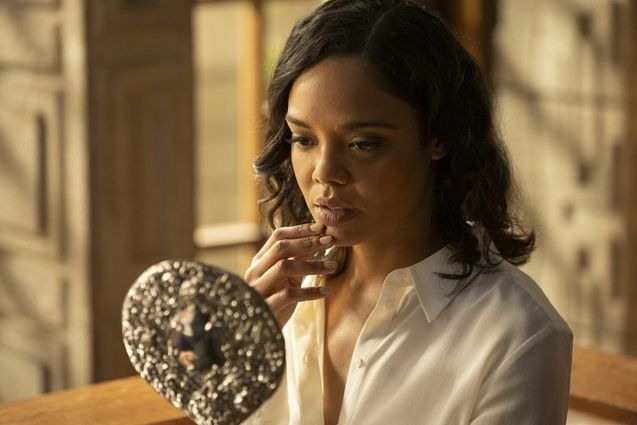 Mirror mirror, tell me I’m not her

what does MAEVE do?

Maeve had the same goal again and again: to find her daughter, who had gone to the Valley Beyond (a kind of virtual paradise for the hosts, who can live there in freedom far from humans) at the end of season 2.

Prisoner of an almost perfect simulation created by Serac, she ended up getting out of it, and the naughty French explained to her that he wanted his help in tracking down Dolores. In exchange, he promised her a reunion with her daughter.

She confronted Dolores and her copies several times, without really caring about her enemy’s intentions. Shot down and brought back by Serac, she was more angry than ever, and finally arrested Dolores, to bring her to Serac. Of course, she realized she had been slightly stupid for an entire season, and turned on the French villain, notably using his superpowers (effective on other hosts and various machines).

In the end, she walked away with Caleb, ready to continue the revolt – fight club style, with buildings exploding in the background.

STATUS: ALIVE AND INTENDED TO CONTINUE THE REVOLUTION WITH CALEB 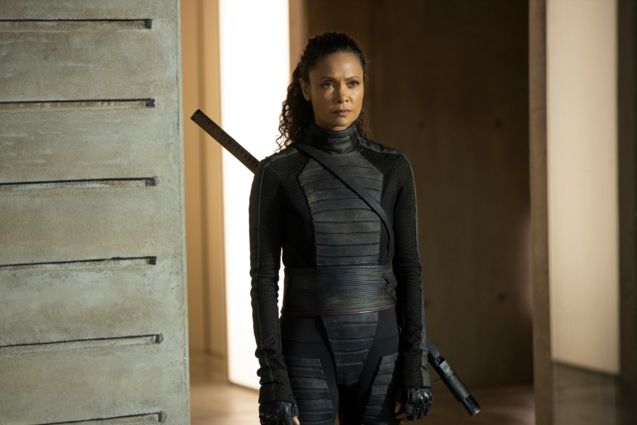 Did you know: Maevhe cares about his daughter

Slightly in bad shape after season 2, where he had in particular killed his own daughter Emily firmly believing that she was a robot, William had a bad season 3.

Still haunted by visions of Emily, he was committed to a psychiatric hospital by Dolores, who had tricked him with Charlotte’s appearance. He spent a few episodes going around in circles with himself, until he won a victory against his demons (or not). Freed by Bernard and Ashley, he was determined to take revenge by destroying all hosts.

At the end, in a post-credits scene, he landed at the Delos premises in Dubai. There, he found Charlotte, visibly busy in her plan to reconquer the world. He was thinking of killing her, but she had planned it, since a William host version, dressed all in black like in the good old days, come on down. Effortlessly, he slits her throat. End.

Everything leads us to believe that he is dead. And that it is William host version who will return.

STATUS: DEAD, A PRIORI, AND REPLACED BY A HOST 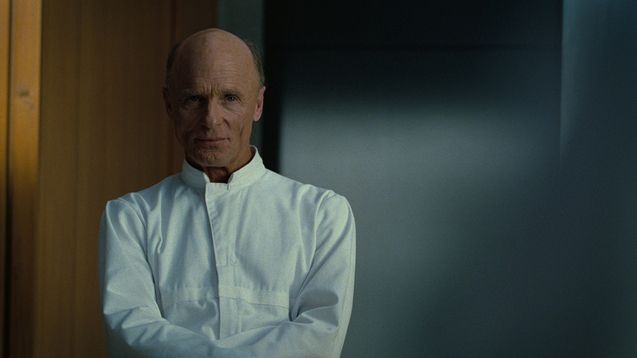 The man in white

Caleb is a lonely and unstable man, haunted by painful memories of war ; in particular that of the death of a friend, Francis, killed before his eyes in Russia. Now lost, he is a simple worker at the bottom of the ladder, who lives on petty criminal schemes, via an application called RICO.

By chance, he crosses paths with Dolores, injured, and decides to help her. Very quickly embarked in spite of himself in this battle, he agrees to join the revolution when it shows him what the company Incite Inc. has on him in its files: Rehoboam estimates that he is mentally unstable, and will commit suicide within ten years.

He eventually finds out through Solomon that pretty much his whole life is a lie. He was indeed a soldier alongside his Francis, but what followed was very different. Back in America, he participated in a new form of medical therapy to forget painful memories, resulting in slightly impaired memory. 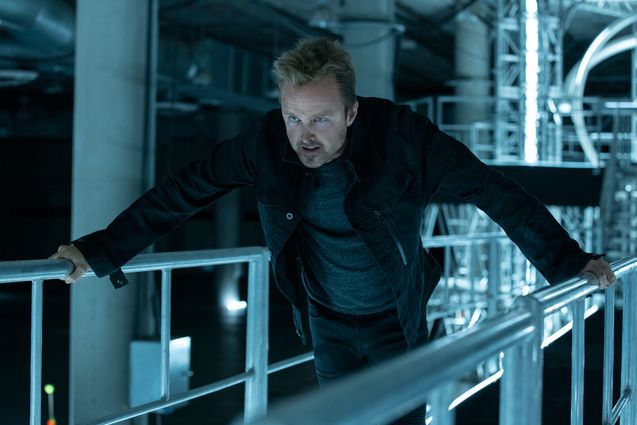 He and Francis have become soldiers for Solomon (the AI ​​before Rehoboam), to track down any individuals who fall out of the intended patterns, like the two of them. Via the RICO application, they have thus chained kidnappings, assassinations and company. In a really big hit, Solomon, via RICO, wanted to clean up the tracks by forcing Caleb and Francis to kill each other, and Caleb shot first.

Determined to burn it all down, he keeps going with Dolores. He eventually finds out that his plan was to sacrifice himself to let control to Caleb, who decides to destroy Rehoboam. He leaves Incite with Maeva, in a world now… liberated?

STATUS: ALIVE AND IN FULL REVOLUTION WITH MAEVE 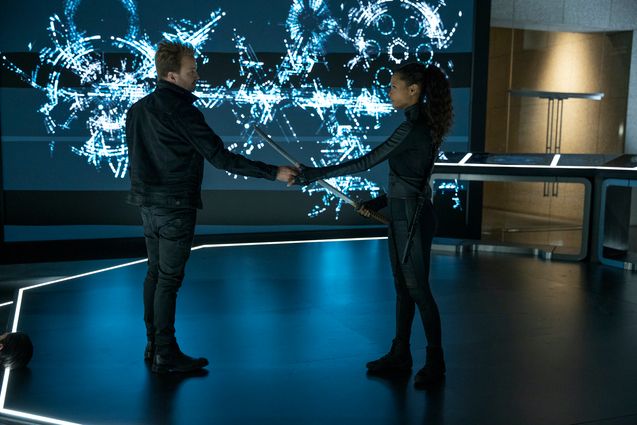 In the series of characters we are starting to give a shit about, there is Bernard. Became a fugitive after season 2, since considered responsible for the chaos, he was left to his own devices, and abandoned by Dolores (but with a handy remote control, to turn into a Terminator if necessary).

He would return to Westworld to try to figure out what was going on, and leave with Ashley rescheduled as a bodyguard.

Slightly lost all season, wondering what Dolores was looking for, he began to track her to understand her plan, as well as that of Serac. 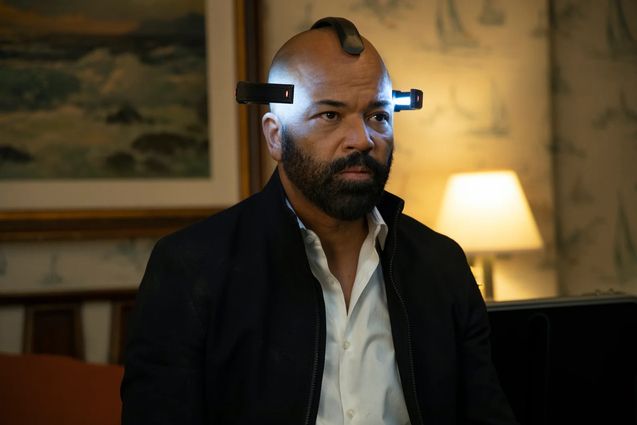 No need to wake you up, thank you

After being almost killed by William, then visiting the wife of Arnold Weber (Bernard human version), he understood what Dolores had done: he held the key to the Valley Beyond. He put on a helmet, and boom, travel.

In the post-credits scene, a lot ofTime has obviously passed, given the ton of dust in the room. Bernard wakes up. End.

“Stéphane Bern, be nice, please, I ask you”, urges Mika

Michel Hazanavicius, the champion of pastiche, in five films

Fifth. The Prix du Rhone at Enghien this Saturday, May...