4:05 p.m. : Vladimir Putin announces that an international reserve currency is under study. It would be based on the Brics basket of currencies (Brazil, Russia, India, China and South Africa).

3:45 p.m. : At least 22,000 people have died in Mariupol since the start of the war, according to an estimate “cautious” of Mayor Vadim Boychenko. “It’s much more than in two years of occupation by Nazi Germany”, he said at a press conference. Still according to him, 100,000 people still live in this city now controlled by the Russian army, 50,000 are in Russia and 40,000 in other countries.

3:37 p.m. : Three months after the liberation of the town of Irpin, northwest of kyiv, many families are still deprived of housing because of the war. To help them, the Ukrainian authorities are offering accommodation in train carriages equipped with showers, a restaurant and internet. Reportage.

3:33 p.m. : A Turkish merchant ship has left the Ukrainian port of Mariupol after discussions between Turkish and Russian delegations in Moscow over grain blocked in Ukraine due to the Russian military offensive, the Turkish Defense Ministry has announced.

#ZACHAROPOULOU An investigation has been opened against Secretary of State Chrysoula Zacharopoulou after two complaints of rape, as part of her duties as a gynecologist.

How to avoid parliamentary deadlock? Emmanuel Macron continues his tour of the political forces, in search of a difficult consensus in the Assembly. The President of the Republic received Julien Bayou (EELV), Adrien Quatennens (LFI) and Edouard Philippe (Horizons) in the morning.

• The contours of the new Assembly continue to take shape: the elected representative of Eure-et-Loir Olivier Marleix, 51, was elected at the head of the LR deputies, while the elected representative of Yvelines Aurore Bergé was elected president of the Renaissance deputies (LREM). Laurent Marcangeli, mayor of Ajaccio, will be president of the Horizons group.

• A devastating earthquake hit a remote border area in southeast Afghanistan this morning. More than a thousand people have been killed and several hundred more are injured, authorities said, fearing the toll could rise further.

•A Turkish merchant ship was able to leave the Ukrainian port of Mariupol after grain talks in Moscow. Follow our live.

1:20 p.m. : In the countryside west of kyiv, as the Russian troops withdrew, they left a traumatized population, such as the inhabitants of the village of Motyzhyn, where a farm was the scene of torture and abuse. How to find and judge those responsible for this massacre? Further investigation has attempted to trace them.

1:11 p.m. : The journalists’ defense organization Reporters Without Borders (RSF) has published an investigation carried out in Ukraine which, according to it, proves that the Ukrainian photo-reporter Maks Levin was killed, and possibly tortured, by Russian soldiers in March.

12:33 p.m. : Denis Pouchiline also declared that the two Britons and the Moroccan captured in Mariupol had still not appealed against their death sentence. This verdict of the Donetsk court, on June 9, sparked strong protests within the international community. They still have two weeks to lodge an appeal, failing which they will face a firing squad.

12:32 p.m. : The leader of the separatist republic of Donetsk, Denis Pushilin, announced yesterday evening that a special tribunal could be set up by the end of July in Mariupol, in order to try those he calls “war criminals”. This designates in particular the fighters of the Azov regiment, considered as terrorists and not “prisoners of war” by the pro-Russian authorities.

12:13 p.m. : Russian authorities suspect that a drone attack was the cause of the fire that broke out today at an oil refinery in a region of Russia bordering Ukraine.

11:22 : Already targeted by the Russian army a few days ago, the Ukrainian city of Mykolaiv (South) is again under the bombs. At least seven missiles were fired, local governor Vitalyi Kim announced on Telegram, who returned to the scene urgently.

07:14 : It is a small Russian land at the edge of the Baltic, wedged between Poland and Lithuania. The enclave of Kaliningrad, which has nearly a million inhabitants, has for several days become the epicenter of a diplomatic crisis between Russia and Lithuania. A direct consequence of the sanctions imposed by the Europeans on the Russian economy, in retaliation for the war in Ukraine. Explanations.

07:09 : Russian forces have “coldly executed” Ukrainian photojournalist Maks Levin and his companion, according to Reporters Without Borders. As a reminder, the bodies of Maks Levin and Oleksiy Chernyshov were found on April 1 in the north of kyiv, three weeks after their disappearance. 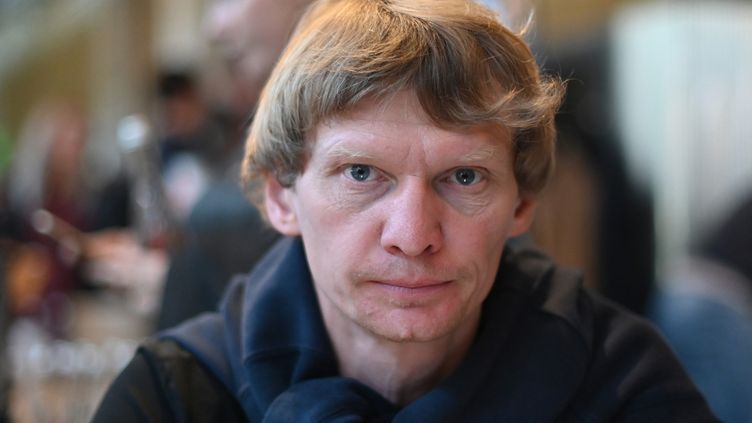 • Government of national unity, alliance on a case-by-case basis… Emmanuel Macron is studying his options after having received the various leaders of political parties yesterday. Follow our live.

• Russian forces “coldly executed” Ukrainian photojournalist Maks Levin and his companion, according to Reporters Without Borders. As a reminder, the bodies of Maks Levin and Oleksiy Chernyshov were found on April 1 in the north of kyiv, three weeks after their disappearance.

• US senators, Democrats and Republicans, have unveiled a bill to restrict gun violence after a series of deadly shootings. Even if the text remains far below the measures demanded by President Joe Biden, it nevertheless constitutes a first for decades.

• Vigilance remains in order in 15 departments. Météo France places 9 departments on orange alert for the risk of thunderstorms, as well as 6 departments under the orange heatwave flag. Nevertheless, “the heatwave episode is coming to an end and orange vigilance will be lifted on the 4 p.m. map”specifies the forecaster.

• Kick-off for the summer sales, which open this morning and end on July 19. Despite galloping inflation, traders hope for a revival of the sector, which has seen an upturn “brittle” in May.

how former president Jacob Zuma gifted the country to the Gupta...

why is Bulgaria particularly targeted by Russia?