He is 25 years old, the same stature as his father or his grandfather, the same family discretion too. But Pierre Michelin, with extremely rare appearances, decided to come out of the shadows. On the occasion of the general meeting of shareholders of the Michelin group, which is being held this Friday morning, at the Zénith d’Auvergne, near Clermont-Ferrand, the third son of Édouard (who died in 2006), representative of the fifth generation of Michelin since the creation of the company, takes over the presidency of Mage Invest

, a holding company founded in 2009 on the initiative of the Michelin family to consolidate long-term shareholding. He explains himself.

Why did you accept this mandate?

“I had been vice-president of Mage Invest for a year. Vincent Montagne having, in 2021, taken the presidency of SAGES (general partner), we led within the family a reflection on the implication of the fifth generation, of which I am a part, at the end of which I was elected president. Vincent Montagne handed over to me, but remains present. We carry the voice of the family and we maintain a real link with the company. More personally, I have a taste for materials, an engineering background linked to polymers, that’s the very essence of Michelin. »

You say you want to continue and amplify the missions of the family, that is to say? 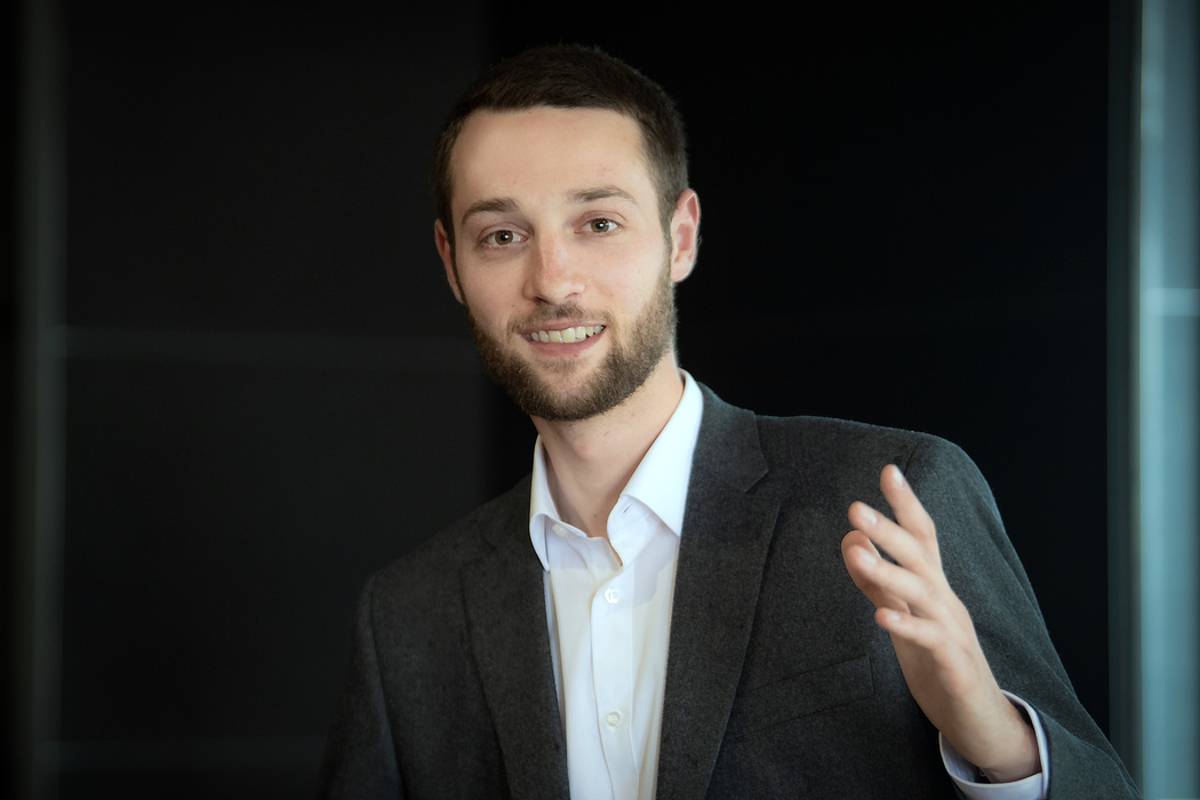 “By setting up Mage Invest, we were able to observe that together we were Michelin’s largest shareholder. All the family shareholders represent more than 7% of the group’s capital. Our role as shareholders is to affirm our confidence in the management team. It is, I believe, this trust that allows us to make the right choices for the group and its ecosystem. »

What is your relationship with the management team?

“As shareholders, we meet with them regularly to discuss progress, particularly when the results are released. We are also very impressed by the performance of the group and its managers in this complex period to manage. »

Do you plan to hold an operational position in the group?

“This question is not on the agenda. Today there are about ten members of the family who work at Michelin in France and abroad. Personally, I have been fully invested for two years, in as a manager, in a lifting systems company, near Lyon. I find there the human and industrial issues that I like.”

Did you discuss a future at Michelin with your father? “I was ten years old in 2006(date of Édouard’s death, editor’s note)

. We have had no such interview. I learned two things from my father and my grandfather: respect for people, having the concern to grow the men and women around us, as well as respect for realities, especially those beyond us. »

Mage Invest currently brings together 275 bearers out of around a thousand shareholders from the Michelin family.

Focus on multimodal mobility for Michelin

Four generations of the family have run the Michelin group

The Michelin saga lasted from the creation of the company in 1889 by Édouard and André until the death of Édouard, representative of the fourth generation, who died accidentally in 2006.

One hundred and seventeen years, therefore, if we stick to simple dates, but a little more if we go into the details. 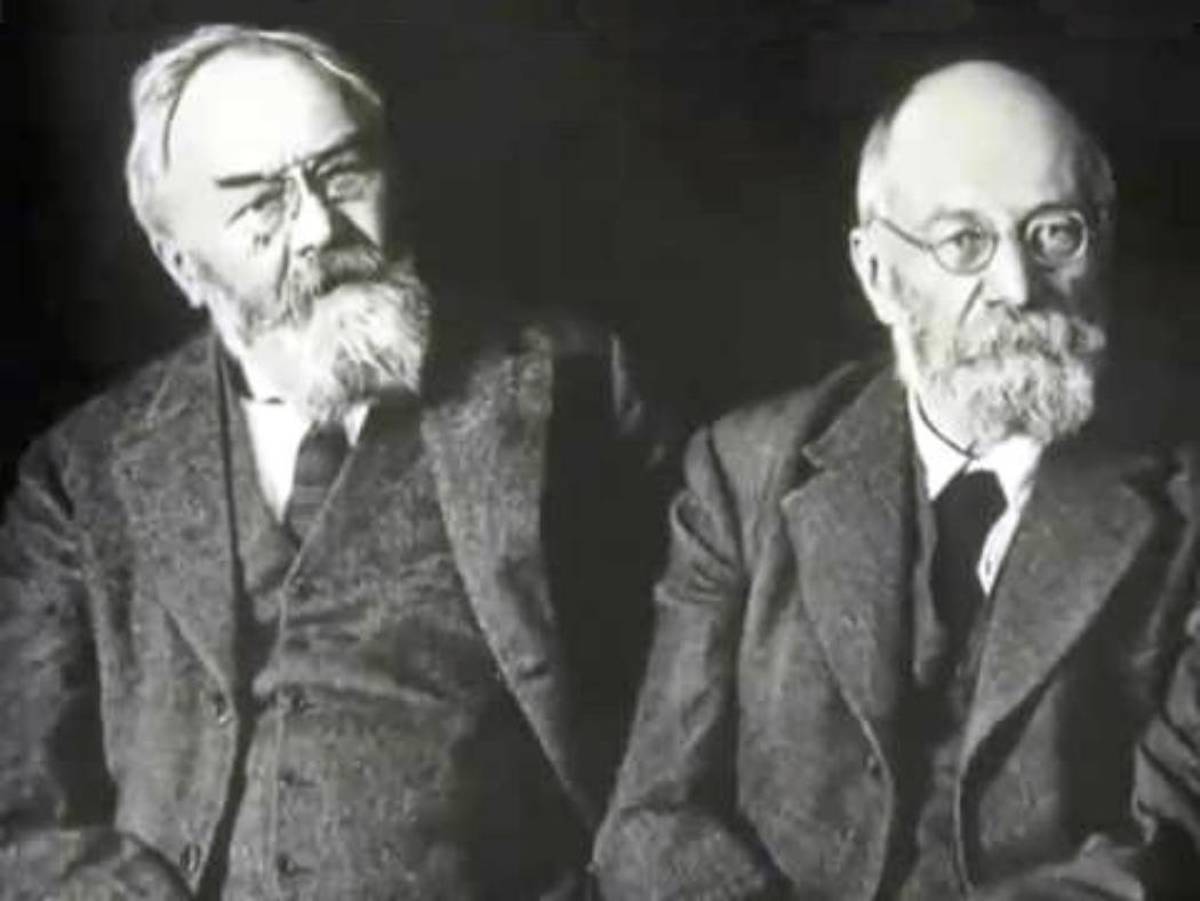 André and Édouard Michelin created the Michelin et Compagnie factory in 1889 by taking over a declining rubber business, the one their ancestors Édouard Daubrée and Aristide Barbier had created in 1832, inspired by Édouard Daubrée’s wife, Élisabeth, whose Scottish uncle, the chemist Charles Macintosh, had developed a process that initiated the rubber industry.

They are the ones who in 1835 acquired a mill north of Clermont, on the banks of the Tiretaine, where the tire giant’s headquarters are still located today. Shortly before their death, Barbier and Daubrée in 1863 transformed the company into a limited partnership with shares, a status that the Michelin brothers took over and which has lasted until today.

But the company went into decline and in 1886, when he joined the supervisory board two years ago, Édouard Michelin pushed the then manager, Jean-Charles Bideau, to resign. That same year, the Blanzat site was sold and the industrial activities were grouped together at Place des Carmes, in Clermont-Ferrand. It is André who directs the operation and it is Édouard who becomes the first manager of the factory renamed Michelin, on May 28, 1889.

The two brothers relaunched the business not without difficulty and with the financial support of their aunt, Émilie Mage, eldest daughter of Aristide Barbier. At the time, Michelin’s flagship products were rubber brake pads… But as early as 1891, when Dunlop was already in the market, Michelin filed the first patents for easily removable and repairable bicycle tires. The modern tire was born.

In half a century, the Michelin brothers transformed their modest factory in Auvergne into a company of international stature. With the support of Bibendum, another brilliant idea born in the mind of Édouard (a former student of Fine Arts) and to which the poster artist O’Galop gave life in June 1898, on the occasion of the first motor show from Paris.

International development is also, in part, a family affair since the Italian subsidiary, created in 1906, is entrusted to Adolphe Daubrée, grandson of Édouard Daubrée. At the start of the century, Michelin had already been established in Great Britain, the country of Dunlop, since 1905, and opened its first American factory in 1907.

It is to the founding brothers that we also owe the adventure of Michelin maps and guides, launched at the same time, and major innovative social support measures in the areas of school, health, housing . And of course sport, with the creation of the ASM in 1911 by Marcel Michelin, second son of André, who will be resistant and will die in deportation in 1945.

The two world wars upset the planet and the Michelin group, which absorbed Citroën in 1935. André Michelin died two years later. Edouard, who lost his two sons Etienne and Pierre in 1932 and 1937, when they were co-managers, had to consider another succession and notably brought his son-in-law, Robert Puiseux, to the forefront in 1938. It was he who will have responsible for rebuilding factories and launching the famous radial tyre. Robert Puiseux also had to prepare Édouard’s nephew, François Michelin, to take charge. Representative of the third generation, he became co-manager in 1955, at the age of 29, then became sole manager in October 1959, four months after General de Gaulle’s visit to Cataroux. 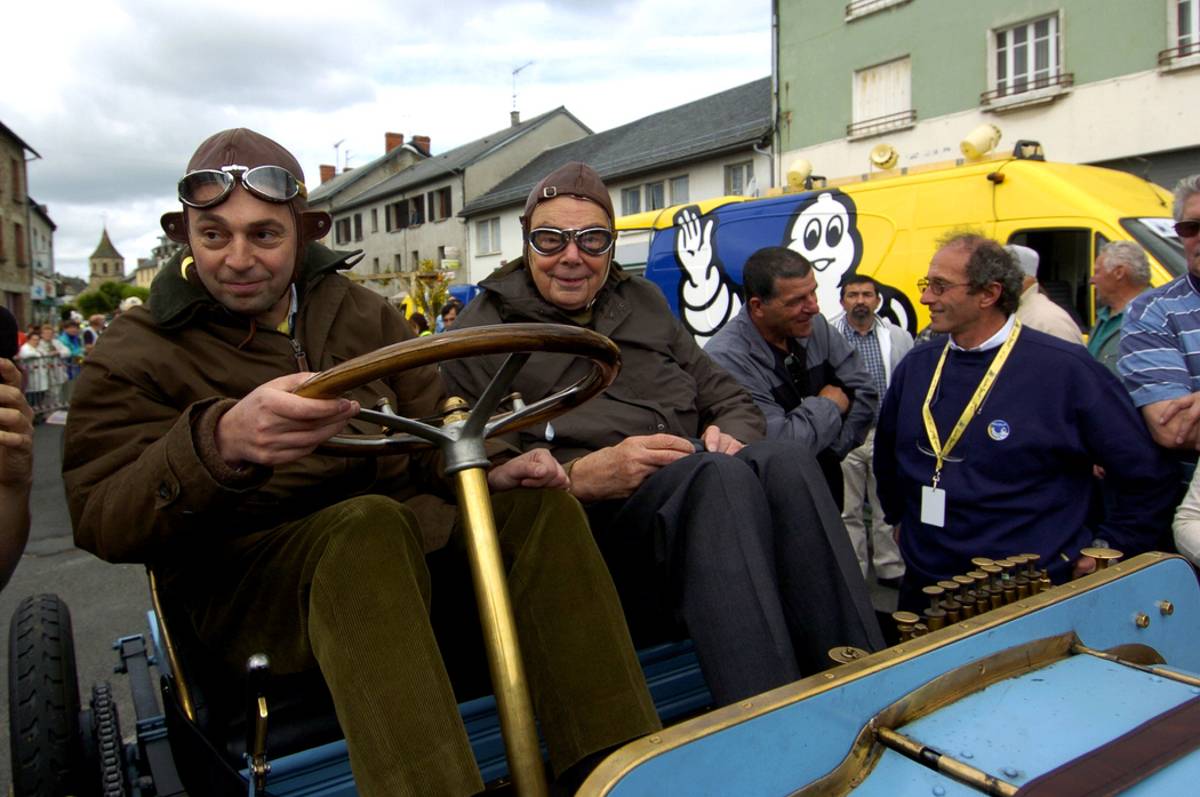 François Michelin, who appointed his cousin François Rollier co-manager in 1966, led the group’s global expansion by returning to the American continent and then setting up in Asia. At the same time, he notably developed the production of synthetic rubber. In 1960, he also created the Ladoux research and testing center, at the gates of Clermont-Ferrand, where he received François Mitterrand in 1984.

Édouard Michelin and his father François in June 2005, during the Gordon-Bennett car race. Photo Francis Campagnoni

Michelin sold Citroën in 1974 and went through the 1980s and 1990s in difficulty, but moved forward. With a new captain, Édouard, son of François, appointed manager in 1991. He will lead the group’s industrial restructuring and development in eastern Europe and the world. Edouard is also considering modernizing the headquarters of the Carmelites and Ladoux. But he drowned off the coast of Brittany in May 2006, putting an abrupt end to the saga, after four generations.

François Michelin having retired (he died in 2015), Michel Rollier (son of François Rollier), then co-manager, remains alone at the head of the group and promotes its financial director, Jean-Dominique Senard, called to succeed him. Michel Rollier, the last representative of the family, ceded the presidency to him in 2012 and will remain on the supervisory board until May 2021. Jean-Dominique Senard himself ceded his chair as chairman of the group in 2019 to Florent Menegaux. The latter is the second boss of Michelin not from the family.
Michel Rollier will hand over to Michelin’s Supervisory Board (December 2020)
Patrice Campo [email protected]

price increase of 3% in April in supermarkets, unheard of for...

Real estate credit: how the wear rate blocks many borrowers