BLACK IS BLACK, THERE IS NO MORE HOPE

Black like the World War I trench tunnels that Tommy Shelby’s mind is still trapped in, black like the fascist shirts of Oswald Mosley’s supporters, black like the disease on an X-ray. Past, present, future: the light no longer passes. Besides, there won’t be a single patch of sunny blue sky past the prologue sequence of the first episode, during which death takes a terrible toll for our main character (and for the audience, that the party informed of the misfortunes tragedies of the cast of Peaky Blinders could only dread). A deep cut, like a razor blade in a vena cava. The first one.

‘Cause we haven’t even been here ten minutes, and Peaky Blinders still does nothing but salute its protagonist and audience. Never has death been so active and unjust in the wake of Tommy Shelby, and never has the darkness been so thick as in this season 6. We could cut it with a razor (again). Even the sound becomes pachydermically heavy, the traditional suave post-punk giving way to almost doom accents. There is enough to be disastrous: nothingness is gaining ground everywhere, death is camped outside the gates of the Shelby mansion as the fascists camp outside the gates of power. Nothing will be enough: a little coordination, a little patience, and history will do the rest.

The light no longer passes. There are barely a few rays left for the camera to capture, to which Anthony Byrne’s production only gives what is strictly necessary to report what is happening and impress the film. The photography, now almost entirely composed of backlighting and chiaroscuro, is suffocating, infiltrated by a stain of oil that does not say its name in public. Obviously, there is always a lot of free cosmetic fuss, we are ahead Peaky Blinders after all. Obviously too, it’s still as sumptuous as before, if not more, evidenced by the brilliant final gunfight, lit only by the blinding sparks of a nighttime subway crawling like a worm.

But we forgive, because it makes sense in this season 6, which maintains the narrative course renewed by season 5, a magnificent season where the historical issues went far beyond the small mafia wars, where the power struggles between street clans directly impacted the power struggles between political clans. Like we dumped paintball fans in Fallujah. We don’t play anymore and we probably won’t ever play again. Moreover, the last spark of innocence that remained in Tommy Shelby will be extinguished in the middle of this season, despite a payment in gold and a promise kept to stop alcohol. Another undue levied by death. Lots of wheat to mow, to harvest, the season is good. 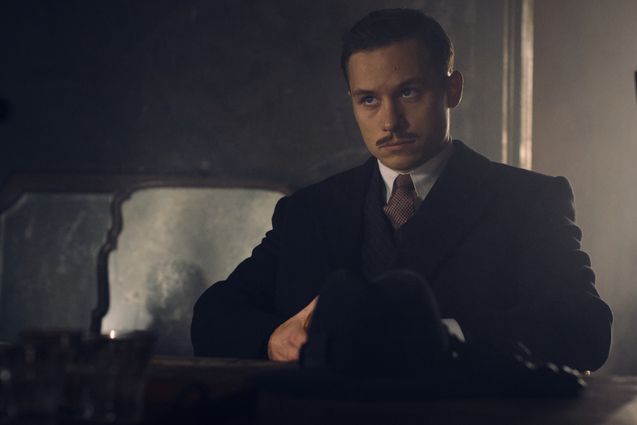 Don’t fook with the Peaky Blinders

Peaky Blinders never was a tea party dancing at the Balajo. The atmosphere is even traditionally more like an Indian ink-coloured Irish coffee. But, if the season is good, it also leaves a little bitter taste in the bad sense of the word. We are very annoyed to say it, we remained a little unsatisfied, despite the immense pleasure of finding the Shelby clan. And for once, we won’t blame a work for lacking soul or raison d’être. On the contrary, the few small glitches of this season 6 are more on the surface. Because to use a ready-made expression, this season 6 is what we could call a transition season.

A criticism that may seem unfair. For the first time, Season 5 of Peaky Blinders ended with a defeat for the Shelbys, coupled with a betrayal by Michael, a key member of the organization. Now offside, it made sense that a slow reconfiguration was taking place for the clan, more in the conspiratorial ice than in the heat of the moment. It was necessary, logical, and yet, it’s a bit frustrating. A confused season, for confused characters, where previously, the program could not have been more clearly established – to take the place of Billy Kimble, to survive Luca Changretta’s vendetta, to assassinate Oswald Mosley to subdue fascism… 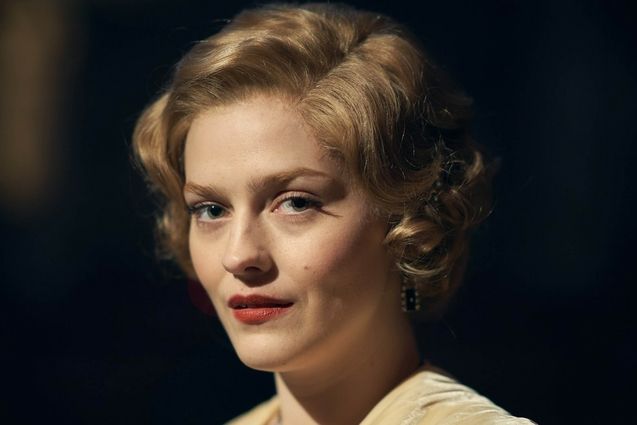 Diana Mitford, excellent new character who has a very uplifting take on the aristocratic handshake

Assassinate Oswald Mosley: the plan stalled. The opponent is tough – in addition to being really sick. Good news: the difficulties have never been greater, even the invincible Tommy Shelby has stalled. Bad news: we’re going to have to tread water a bit. Take a seat, admire the view, it will take us a while, the time to put the next season (or the film?) in place. The view, precisely, can also pose a slight problem, because it is not as varied as it could be. Some series are often criticized for being too dispersed (hello Stranger Things), we could say the opposite here: ultra-focused, this season 6 revolves almost entirely around Tommy Shelby.

All the other characters now gravitate around this black sun with its increasingly flickering light, a superior force that vampirizes everything. The effect produced is double and contradictory, overwhelming and at the same time terribly magnetic. Here again, the reproach seems unfair, because it is the very mechanics of this season precisely: beyond its orbit, darkness, the sidereal vacuum. But there is very little room left for the others. Arthur Shelby and Michael Gray are sent to the doghouse from the first episode and will only return at the end. Oswald Mosley is returned to a subordinate role. The tasty Alfie Solomons – almost the only source of humor in this season – will only pass a head. 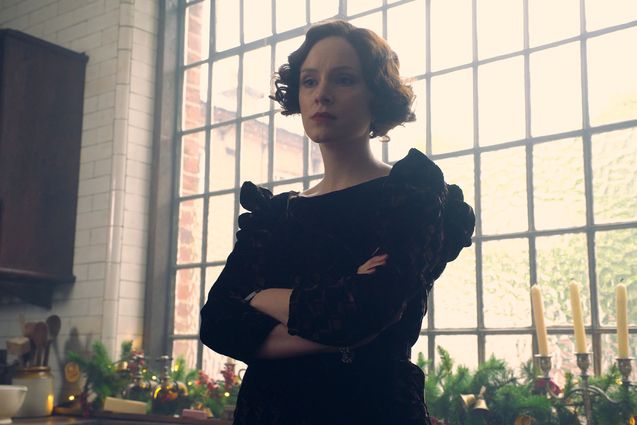 Oh my god watch out, a scene without Tommy Shelby

Here is Tommy. Tommy is magic. Anyway, it’s dropping like flies around him, so there aren’t many people left to film. And if you’re not happy, just complain to the Peaky Blinders. Fortunately, the spectator is honestly far from being unhappy, he is even generally very satisfied. Especially since this transition is far from filming a vacuum, a lot of crucial things happen for the sequel – especially in the final episode, of course.

In truth, despite the minor dross previously listed, if we stop comparing Peaky Blinders at Peaky Blinders, we are still on a puzzle-like scattering of the competition. Peaky Blinders dynamite, disperse, ventilate. Cillian Murphy is on the Everest of Charisma and continues to climb. The sets are always more impressive and rich in detail. The plot still has its share of surprises in store, with the usual over-the-top twists, like the equally usual jaw-dropping twists (special mention to this season’s ultimate twist, which snatched a ‘BUT NO ‘ of astonishment to yours truly). And the dialogues are still just as chiseled. 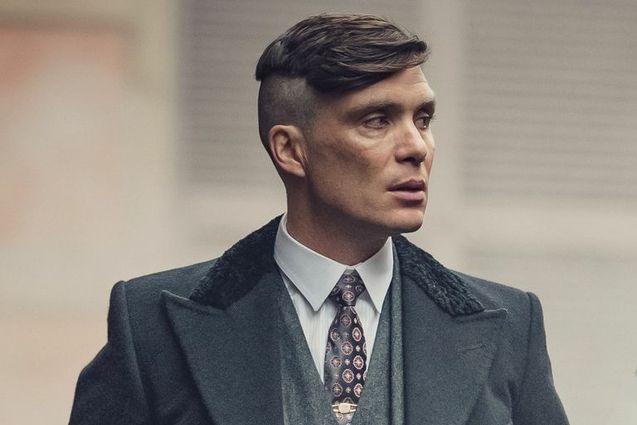 Nah, but we can’t say anything, it’s just unstoppable in fact

But to say all this is more or less to say nothing of Peaky Blinders, as these are now basic expectations for the caliber of this series. What is less so is the continuation of the transformation operated by the previous season, and above all, the resumption of its subject: the organized rise of fascism. Because it is the name of this dark matter that seeps into life, into the story, into the image, like a stain of oil that would devour the colored pigments of a painting. Steven Knight had grabbed it in the jaws, and we are happy to see that years later, its fangs are still planted deep in the neck of its prey. A prey that is not just treated as a lambda backdrop.

A disturbing image: how could a Roma come to launch a Hitler salute and throw death at the Jews? Admittedly, Tommy Shelby is playing a double game, but if it had been another person who held the power of influence coveted by Oswald Mosley – a real historical figure, we recall – and his “German friend”? All that would have been necessary is that the convictions do not stop the small mechanics of personal interests that Steven Knight dissects in detail: a motivation for money, coupled with an ability to close your eyes. The complicity of an oligarch is not so difficult to buy, and it is by the head that the fish rots.

Season 6 of Peaky Blinders is available on Netflix since June 10, 2022 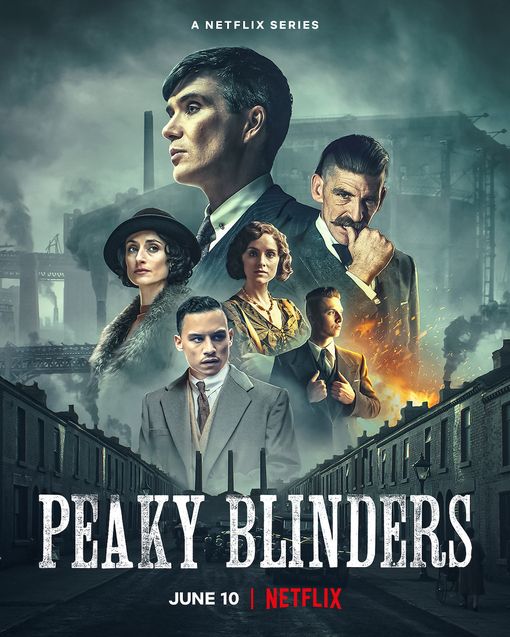 the incredible pension she gave to her ex-husband for the care...