Discover the detailed summary of Un si grand soleil season 4 in advance episode 906 of Tuesday June 28, 2022 on France 2. Maxime hides his game, Claudine is between life and death. Dimitri may have saved Sabine’s mother’s life. Jade sees Julie again while realizing just after a burglary.

The complete recap of the soap opera Un si Grand soleil of 06/28/2022 with all the spoilers and preview photos of the day’s episode 906. #UnSiGrandSoleil

Enzo in tears in front of his grandmother in sheave

Dimitri discovers Claudine’s body near the car park: he urgently calls for help. Sabine is alongside her mother in the SAMU.
Clément Becker joins Sabine in the waiting room: Janet says that in the operating room, they are trying to reduce the cerebral hemorrhage.
Dimitri testified to Yann at the police station: he said he found that it smelled of gasoline near the car and he found the jerry can.

Enzo, Florent and Sabine are gathered around Claudine: she is on a respirator. The concern is great. 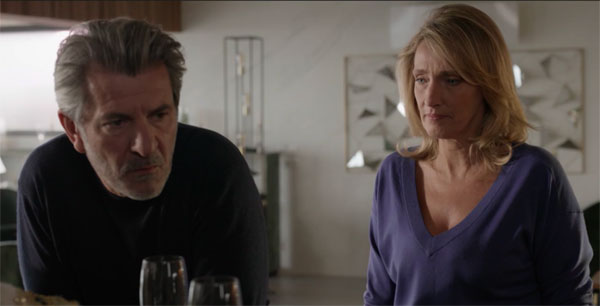 Virgile and Alix are in stress mode for the Senso

Virgile and Alix are disenchanted with the Senso. Virgile wants to stop everything: between the fire, Sofia’s accident and Claudine’s attack. Alix thinks that they will manage to get out of this mess as soon as the police have arrested the person responsible.

Ludo and Jade will the story last?

Jade and Ludo spent the night together, but in the early morning Jade leaves quickly because she has an appointment. Jade joins Julie at the hut, the 2 friends are happy to meet again.
Jade is sleeping at the hotel for the moment, she is looking for an apartment. 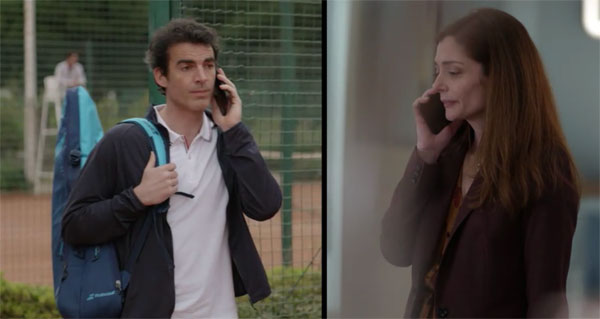 Dimitri is there for Sabine

Alice is happy for Ludo who is having a good time with Jade, that will make him forget Noémie little by little.

Jade and her friend go on an expedition to Bertrand Dardel (Alix’s ex-husband) to steal valuables. They break in and take the famous mirror.

Alex encourages Julie to look for a new job. Julie confesses to Alex that she had a coffee with Jade and that she is moving to Montpellier. 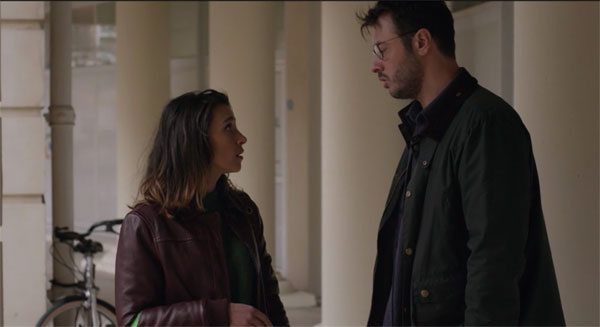 Julie tells Alex the truth about Jade to avoid secrets between them.

Bilal wants to take a trip far away while Ludo confides that he is impatient, he is waiting for an SMS from the girl he spent the night with.


Claire thinks Sabine should go home because she is exhausted. She promises to call him if there is any change for Claudine.

Maxime calls Sabine to say hello from Barcelona: she tells him that her mother has been assaulted. Maxime is actually in his car, he has a smirk.
Once hung up, Maxime burns papers and clothes. 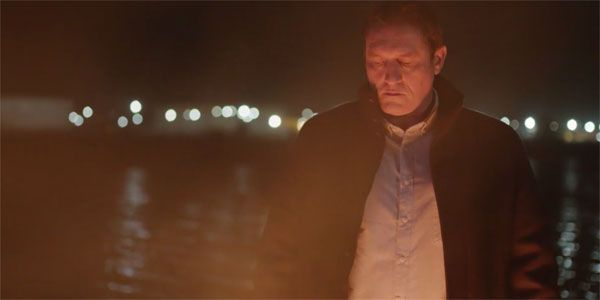 Is Maxime responsible for the Senso’s misfortunes?

Highlights Un si grand soleil of June 28, 2022: what to remember

– Ludo is addicted to Jade after their night together
– Claudine Becker is in danger, but she is in mortal danger
– Maxime is playing a double game, why does he hate Senso so much?
– Virgile wants to stop the Senso adventure
To be continued on full summary Such a big sun episode 907 broadcast on Wednesday June 29 on France 2.

=> Follow the audiences such a big sun every evening on France 2 in pre-prime time! Find the cast with the cast list Un si grand soleil who appear in the series.

Top 12 Hidden Details in The Simpsons Secrets of Springfield

Quinté PMU – Prediction of the GREAT HANDICAP OF THE NEW...