Decathlon has just announced a new version of its full suspension mountain bike, the Stylus All Mountain. Its price is debating as the sports equipment manufacturer was used to offering affordable products so far. But is it outrageous?

The new version of the Stylus All Mountain has not finished debating. Decathlon’s full-suspension e-MTB is one of the most expensive in the catalog. Only the Windee, an electric gravel bike, and the Addbike cargo show a higher price. The French equipment manufacturer, number one in bicycle sales in France, is best known for manufacturing particularly affordable cycles often presenting an interesting quality/price ratio. To see him reach these prices could be something surprising. Moreover, the launch of this new version was rather discreet compared to the announcement of its electric freighter a few months ago.

Does Decathlon have difficulty justifying an increase of nearly 500 euros compared to the previous version? Or is it a logical price adjustment with regard to the equipment of the MTB? Only a precise analysis of the technical data sheet allows you to get an idea.

One of the things driving up the price of the Stylus is of course its Bosch Performance Line Cx motor. Clarification: this is not the latest version of the high-end motor from the German equipment manufacturer, but a 2020 version, therefore incompatible with the new Bosch Smart System. In concrete terms, don’t expect the LedRemote, the brand’s new controller, or even its larger battery. The Stylus battery is “limited” to 625 Wh against 750 Wh for the latest version. Is this a bad point though? Not necessarily. The battery is more than enough for most outings. As for the couple, it has not evolved on the new engine and still caps at 85 Nm. Only the Purion display is starting to date somewhat, but it is still efficient. Finally, on the assistance side, this version of the engine has the eMTB mode, in other words a progressive assistance taking into account the effort of the cyclist. 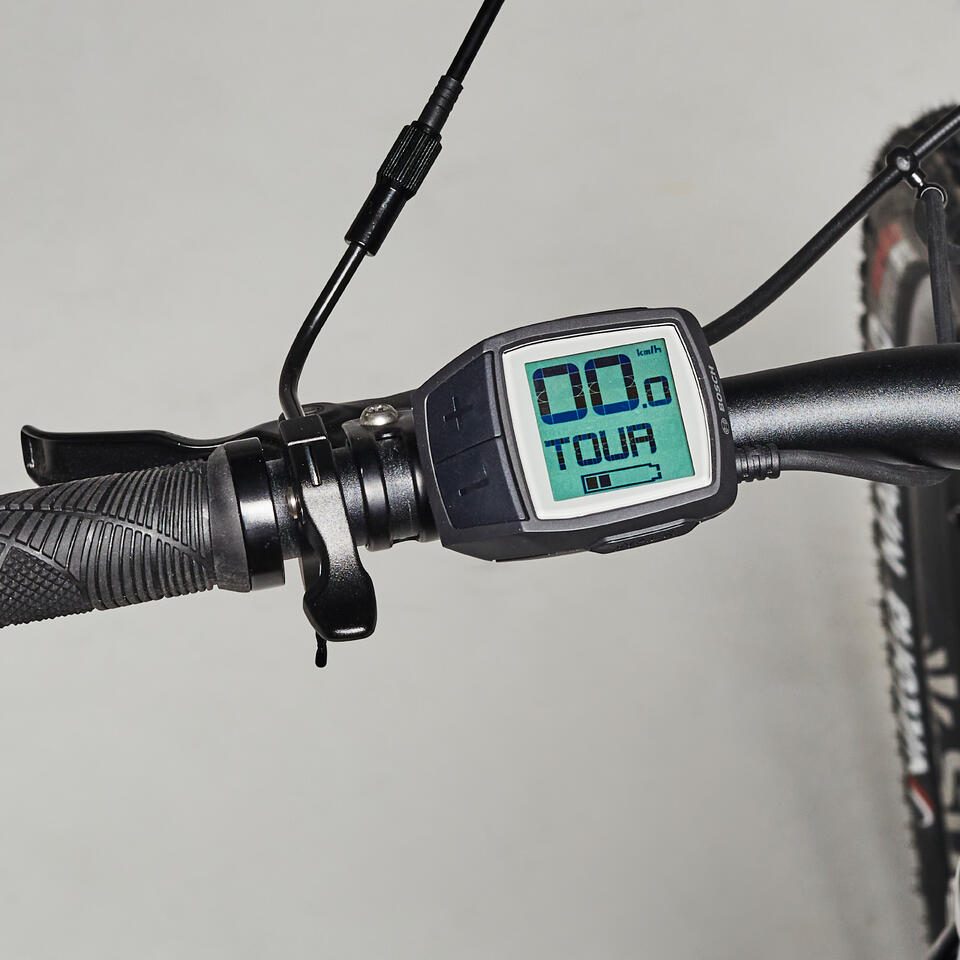 While it’s not Bosch’s newest motorization, it does come at a price and to put it simply, the German isn’t known for charging affordable prices. This choice is therefore akin to a way to lower the final bill of the Stylus without compromising its performance. 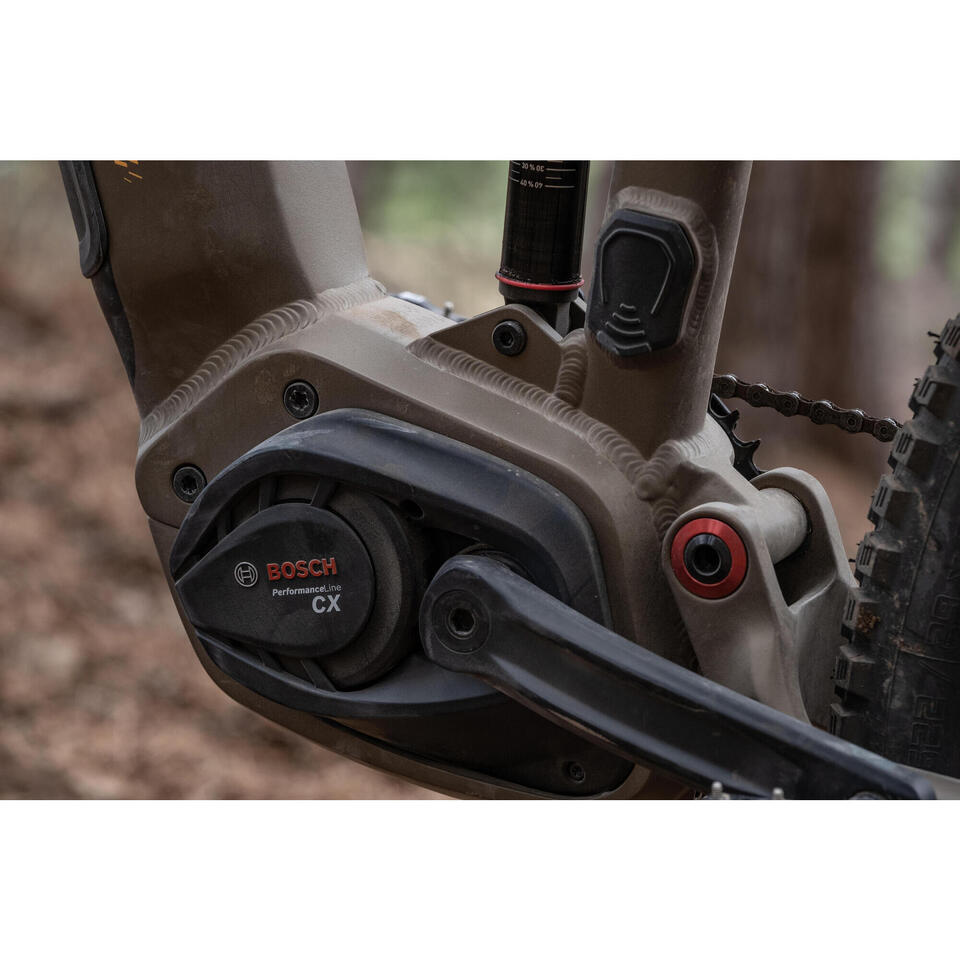 Equipment, the other adjustment variable

The choice of equipment is at least as critical in the price of an electric bike as that of its engine. Unsurprisingly, in the context of a full suspension bike, the biggest item of expenditure concerns… the suspensions. On this point, Decathlon has chosen continuity and reason by opting for RockShox products. Whether it’s the 35 Gold fork at the front, or the Super Delux Select at the rear, they both offer 150mm of travel and very decent performance. 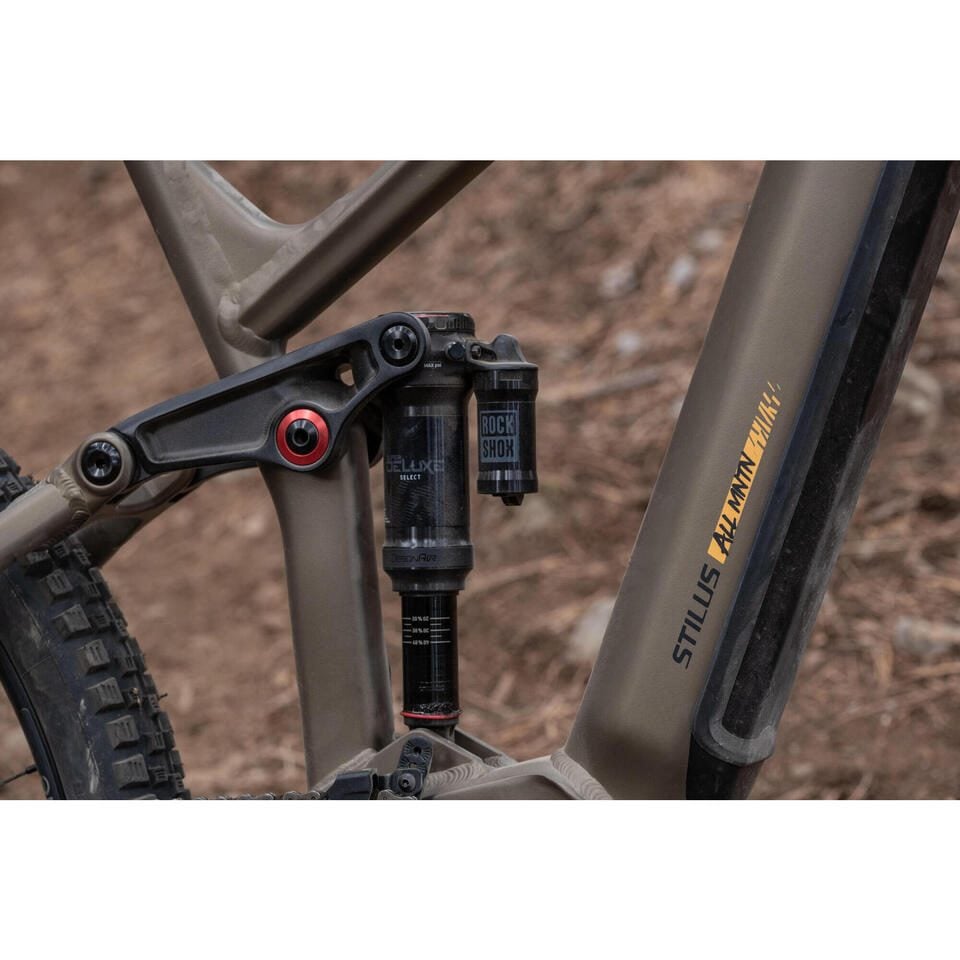 For the transmission, the Stylus opts for SRAM and more particularly for the SX Eagle range. It equips many mountain bikes, but rarely the top-of-the-range ones, which are more demanding on this point. It nevertheless offers decent performance. On the strict point of equipment, this new Stylus is very similar to the old one except for one place: the tires. Indeed, Decathlon is following the big trend of the moment in mountain biking by opting for 29-inch wheels, against 27.5 previously.

The frame: the unknown factor that causes the price to vary

This is both the biggest question mark, but also one of the main factors of price variation. Indeed, difficult without having tried it to have an opinion on the frame of this Stylus. This is imported, like the vast majority of frames on the market, from Taiwan and is usually a source of savings for Decathlon compared to its competitors. Indeed, given the volumes sold by the French brand, it is easier for it to negotiate preferential rates.

Decathlon’s usual competitors highlight better know-how on the frame, but also higher requirements during its manufacture to justify higher prices. On this Stylus, we know that the frame and geometry have evolved slightly, the stem being slightly longer, for example. However, on paper, it would be presumptuous to claim to have an idea of ​​it and to compare it to competing brands.

Is the Stylus All Mountain really too expensive?

Finally, despite its unusual price for Decathlon regulars, the Stylus does not struggle to justify its bill. Reference engine, serious equipment and a few slight modifications contribute to increasing its price, but it is with regard to the competition that it must be judged.

Let’s take for comparison two VTTAE that we have tested in recent months on 01net.com, the Trail, de Mustache, and the Canyon Spectral:ON. They are certainly more expensive, but also much better equipped. Mustache’s mountain bike starts at 5,699 euros, but represents the benchmark in the category with an unparalleled frame, the latest Bosch Smart System and stunning suspensions. Ditto for the Canyon mountain bike, much better equipped, but sold for nearly 6,000 euros. In the end, it appears that Decathlon is obviously not able to compete with the reference manufacturers on performance, but that it is also the only one to offer a product of the same type, almost 2,000 euros cheaper. As often, the only player capable of disrupting the Stylus All Mountain in terms of value for money is likely to be Intersport. Indeed, the competing store is expected to launch a full-suspension e-MTB at a lower price in the coming weeks. The duel promises to be close.

end of free returns, here’s how much you’ll pay to return...

Twitter defends its strategy, Musk repeats that the takeover of the...

How to shop for less? These sites can help you